A COMMUNITY FOR DESIGNERS, BY DESIGNERS. 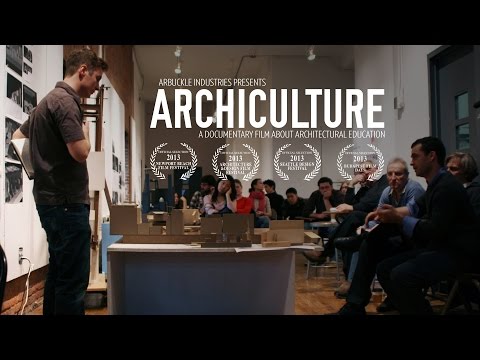 ARCHICULTURE: A Documentary About Architecture School

Finally! Archiculture: A Documentary About Architecture School has just been released. It's been in the making for about 6 years and was originally called: "ArchiTorture" (for rightful reasons). Now it's here to show all of the hardship of architecture school for those that are familiar with it, and those that haven't gone through it, will get a sneak peak of what it's all about. Enjoy! #architecture #architectureanddesign #art #designer #design #environment #experiment #furn

Algerian Parliament Gets a New Design

Bureau Architecture Mediterranee unveiled the design for the new Parliament of Algeria which houses the People's National Assembly The National Council, The Chamber, and a residence for legislators. The design is organized around a central plaza as a symbolic gathering place for the people that give the republic its authority. Placed with a backdrop of the historic city, the design is meant as a joiner of the old and new. The National Council and The Chamber buildings are var

It’s an origami umbrella! Yes, you read that correctly. It’s an umbrella that is designed without a structural under-skeleton. Instead, the Sa umbrella uses a dual-canopy structure that utilizes planar tension to move free of the skeleton. The canopies expand and contract in unison allowing the umbrella to open and close. Opening and closing is simple with a mechanism that rotates at the bottom of the handle. Sarah D. I Designer I The DesignBloc #design #creativit

The DesignBloc Feature // PLAY: The Documentary

PLAY: The Documentary play (plā/) verb : engage in activity for enjoyment and recreation rather than a serious or practical purpose. All work and no play, is just no fun! People from all over the world are working themselves too hard, and leaving no time to enjoy the little moments in life. However, our friends at The Urban Conga are making a difference to change that. The Urban Conga, is a non-profit community that activates social interaction through the act of "PLAY." Thei

So What’s This Buzz About A Bench?

The world is being left confused and perplexed as to the recent and mysterious decline in the wild bee populations. The up side? This has opened a new forum for designers to try their hands at tackling the problem. One artist, AnneMarie van Splunter has undertaken this charge with her design of the Buzzbench. A sculptural bee habitat that also doubles as a bench is constructed of digitally cut local bamboo and reed. Currently, it is up to the masses to get this built so if yo

All Rise, Court is Now in Session

Zaha Hadid is suing the New York Review of Books over an article that was published claiming that Hadid was “showing no concern” for the deaths of migrant construction workers currently working on her design for a football stadium (that’s soccer) for the 2022 World Cup in Qatar. That’s right, we have a good, old fashioned defamation suit on our hands. Now I will present the arguments and allow you to come to your own conclusions. The complaint centers on an article by Fil

Nike is at it again, this time they are talking to my heart. They have created a basketball court with motion-tracking and reactive LED visualization technology built into the floor for Kobe Bryant and his teaching of players in Shanghai. No, the pictures below aren't snapshots from the "Tron" movie set; This is real life right here. Located in the “House of Mamba,” the court is working with Nike’s RISE campaign that is a competition for young Chinese players to win an opport

Cars Underground? Guanajuato: One of the Most Walkable Cities

In the 1960s, many cities were expanding roads for cars, buses, and different modes of transporation. Despite this trend around the world, there was one city who was doing the exact opposite: The Mexican city of Guanajuato. This unique city has all but one of its main traffic arteries running underground. Above ground lies the most walkable city in North America. So, where do all of the cars go? They travel underground in a network of roads beneath the city. But another quest

Welcome to Philadelphia’s Spruce Street Harbor Park. A spot that is turning into more than just a temporary, recreational haven. It's a preview of what a city’s vision of an industrial waterfront can be. Created by Groundswell Design Group, the 5,500 SF park has turned into a success on the banks of the Delaware River. The team created a boardwalk along the river, repurposed three floating barges as a waterside refuge with beer garden and restaurant, and planted 30 trees to c

Step Aside Trees, We Have A New Leaf

A graduate from the Royal College of Art has claimed to have developed a silk leaf that could create oxygen for space travel and make the air better here on Earth. Julian Melchiorri, along with the silk lab from Tufts University, is responsible for this new idea. The leaf is created from a mix of protein extracted from silk and chloroplasts and when exposed to light and water, the leaf supposedly acts just like our friends already on the trees and produces oxygen. Currently,
1
23

What Every Designer Needs

School is in Session...